SEATTLE– Ormuco, a startup that offers OpenStack cloud services to businesses, is extending its reach: The Montreal-based company announced a new office in Seattle on Monday, led by cloud tech veterans.

Van der Veen told GeekWire in an email interview that Seattle’s dominance in cloud technology was what attracted Ormuco to the city.

“There is an incredible wealth of knowledge in and around cloud computing, containerization, and machine learning in this city. In other words, there is a great talent pool to tap into, and lots of excitement in the air for the kinds of products we’re building and the technology we’re working with,” he said.

The Seattle office already has ten employees and is looking to double that number by the end of the year. Ormuco joins more than 100 outside companies that have established engineering centers in the Seattle area, many of them focusing on the cloud, including Google’s new Seattle campus.

Ormuco’s office doesn’t have a particular focus in the cloud but is looking to gather talent across engineering and business operations. “At the moment, there is a lot of buzz around Kubernetes and machine learning, and our staff here continues to be involved in open source communities in the Pacific Northwest,” Van der Veen said.

Van der Veen joins Ormuco from IBM where he built cloud architecture and led open source efforts within the company. He formerly spent more than three years as a master engineer at Hewlett Packard Enterprise.

Subramanian has been a leader in Seattle’s open source cloud community for many years. He started his career as a software engineer at Microsoft and most recently served as an independent cloud analyst through his firm CloudDon. He has also worked on efforts including the OpenStack Security Group. 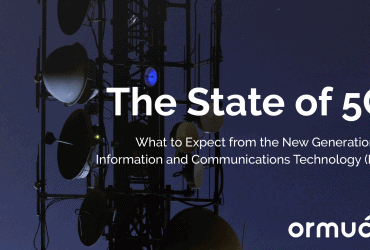