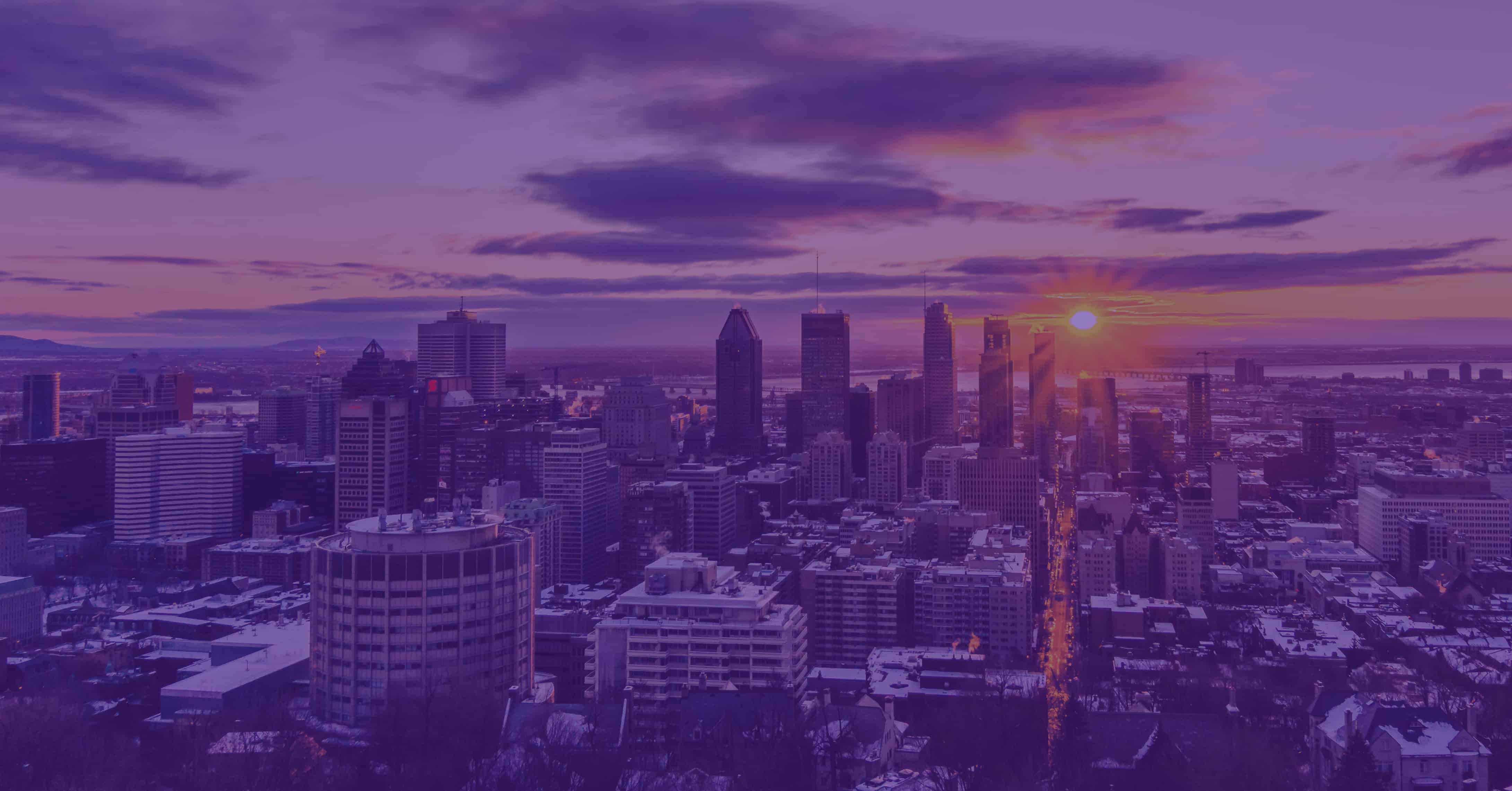 In the past three years, Canada has dominated the global conversation on ethical artificial intelligence. Canada is a key player in artificial intelligence innovation as the first country to have launched a nation-wide AI strategy in 2017. By late 2018, a group of Canadian citizens, universities, and companies have signed on to the Montreal Declaration for a Responsible Development of Artificial Intelligence, pledging to develop AI technologies that respect privacy, equitable society, and ecological sustainability. More recently this year, Canada partnered with France in forming the International Panel on Artificial Intelligence and joined New Zealand in adopting the Christchurch Call. These national, bilateral, and multilateral agreements have propelled Canada to the forefront of AI thought leadership.

Canada as an AI Incubator

What gives rise to Canada’s eminence in artificial intelligence research is Canada’s unique combination of economic and cultural capital.

Canada is a hotbed for technology innovation and investment. The ICT sector contributed $83.5 billion to Canada’s GDP in 2017 and accounted for more than a third of all business R&D spending. In the same year, the world’s highest-ever series A funding for an AI-focused company (a whopping $135 million) went to Montreal-based AI software provider Element AI.

The city of Montreal is at the epicenter of the Canadian AI scene. Montreal is the most populous city in Quebec, a province that has historically nurtured its media, entertainment, and digital industries. In December 2018, the governments of Canada and Quebec announced investments of nearly $290 million to build artificial intelligence-enhanced supply chains based in Quebec. The initiative is projected to employ 16,000 workers and contribute $16.5 billion to GDP over the next decade.

Canada also attracts attention for its brainpower. Montreal is host to the highest concentration of researchers and students of machine learning in the world, boasting 9,000 such individuals. Most prominent of Montrealais AI researchers is Yoshua Bengio. Bengio is a computer science professor at the University of Montreal and co-founder of Element AI. Last year, Bengio received the Turing Award, along with fellow Canadian Geoffrey Hinton of the University of Toronto, for breakthrough contributions to deep learning and neural networks. The Turing Award is equivalent to the Nobel Prize of computing.

Canada’s ability to attract R&D research, investment, and talent is paired with its national identity. As a multicultural, inclusive democracy that champions human and civil rights, Canada infuses its values into its exports. Canada leverages its comparative advantages to formulate pioneering standards in AI policy.

At the Regional Level: The Montreal Declaration for a Responsible Development of Artificial Intelligence Presents a Humanist Vision of AI Development

Principles of the Montreal Declaration include the respect of individual autonomy, privacy, and intimacy; the fostering of solidarity between peoples and generations and the creation of just and equitable societies; and a contribution to democratic participation, including debate and control over technological developments. Perhaps most striking of the Montreal Declaration’s principles is a reference to autonomous weapons. The Declaration puts, “the decision to kill must always be made by human beings”, and cannot be “transferred to an AI.”

Along with Montreal, Toronto and Edmonton are vital hubs of Canadian AI research. The Pan-Canadian Artificial Intelligence Strategy seeks to facilitate knowledge transfer between these top AI hubs. The Pan-Canadian AI Strategy is the world’s first national AI strategy. Funding for the Strategy originated from the 2017 federal budget and amounts to $125 million over five years. Beyond backing thinktanks in Montreal, Toronto, and Edmonton, the Strategy seeks to increase the number of AI researchers and skilled graduates through grants and training. Finally, the Strategy aims to grow thought leadership on the implications of AI, akin to the mission of the Montreal Declaration.

Last year, as Canada held the presidency of the Group of 7, Canadian Prime Minister Justin Trudeau and French President Emmanuel Macron announced the formation of an International Panel on Artificial Intelligence (IPAI). The IPAI is modeled on the multi-stakeholder process of the Intergovernmental Panel on Climate Change (IPCC) which created the Paris Agreement. Like its prelude for climate change, the International Panel for AI aims to consolidate discussion from its respective field in order to coordinate policy-making. The proposed mandate of the IPAI is to examine AI’s interactions with scientific progress, economic transformation, human rights, society, geopolitics, and cultural diversity. Confirmed member states of the IPAI are from the EU and G7.

Finally in May, Canada joined forces with 17 other countries and 8 companies in supporting the Christchurch Call. The Christchurch Call is New Zealand’s commitment to eradicate online violent extremist content. The initiative is a response to the live broadcasting of terrorist attacks in Christchurch, New Zealand on Facebook in March. Governments and online service providers voluntarily pledged to together develop solutions in preventing the uploading of violent content, and then in better removing and redirecting users from such content that is already online, such as through the use of artificial intelligence to detect and flag abusive content.

Canada’s strengths in commerce, academia, and diplomacy have made it a global leader in artificial intelligence research and policy. Innovation grown in Canada attracts governmental, private sector, and international investment, while picking up prestigious industry prizes along the way. By trailblazing a national AI strategy and cooperating with allies on shared values, Canada carves a path for AI innovation and regulation.

Ormuco, a Montreal-based intelligent computing platform developer, is proud to be a part of Canada’s artificial intelligence ecosystem.

Ormuco’s Senior Vice President of Global Strategy and Business Development, Breno Lima, was elected to the Board of Directors of AIoT Canada on May 29, 2019. AIoT Canada is an industrial cluster that promotes the activities of artificial intelligence and IoT-related companies and organizations in Canada. Lima will join AIoT Canada in the capacity of an Industry Member. 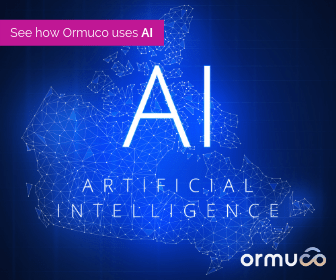 Xizi is a writer, multimedia content producer, and photographer. Before joining Ormuco in April 2019, she interned at a London-based social media marketing consultancy as well as in the Communications Division of the United Nations Migration Agency in Ghana. She studied at Babson College and The London School of Economics. 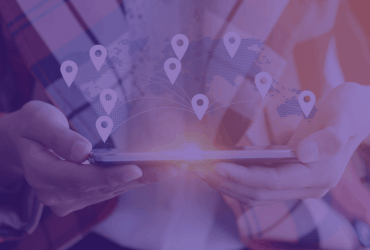 What Is Fog Computing? 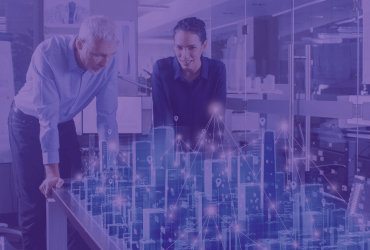 When the Construction Industry Gave Birth to Digital Twins 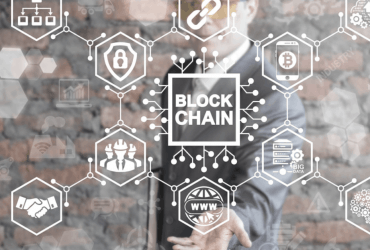 Blockchain and IoT: When Computing Is No Longer A Matter of Centralization